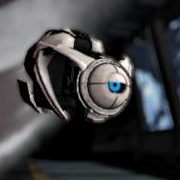 Vulkan snchronization validation has reached version 1.0 as reported by LunarG on January 13th, 2021. They published an official documentation of it, titled “Guide to Vulkan Synchronization Validation”. This article contains the key items of if (sort of a “TL;DR” which might be useful for those are already somewhat familiar with Vulkan synchronization) as well as a quickstart guide how to enable it.

If you are not yet familiar with synchronization, here are two recommendations:

Here’s a list of potential sources for common synchronization mistakes, which are also hinted from LunarG’s Guide to Vulkan Synchronization Validation:

In the following, I’ll list the key items from LunarG’s Guide to Vulkan Synchronization Validation, i.e. it shall serve as a TL;DR-version of the document:

Operations are executed in a massively parallel manner on modern GPUs. Whenever the same region of memory is used by subsequent operations on a GPU in different ways some kind of synchronization must be established to guarantee correct behavior of an application, or – even more importantly – to prevent undefined results/behavior.

The messages reported from validation synchronization follow a specific naming scheme which should be an efficient representation of the problem reported. All messages start with the pattern SYNC-<hazard name>. In addition to such a SYNC- prefix-pattern, one can find SYNC_ (now with an underscore) patterns within error descriptions which report about the previously known usage of a problematic resource. They are printed according to the pattern SYNC_<stage>_<access-type>, where both <stage> and <access-type> refer to only the relevant part of a stage or access enum-value:

It is advised to first:

To tackle down specific Synchronization Validation errors, it is recommended to add additional heavy barriers, that means:

Furthermore, the document describes some common mistakes and pitfalls and explains what’s wrong about them. This is in line with the information given in the synchronization resources listed/recommended in the beginning of this blog post. Please refer to the section Root Causing Hazards. It is a good read, but the information is given in a somewhat denser manner than in the resources listed above.

This is the paper page of our paper “The Road to Vulkan: Teaching Modern Low-Level APIs in Introductory Graphics Courses” which has been accepted and present...

This is the paper page of our paper “Conservative Meshlet Bounds for Robust Culling of Skinned Meshes” which has been accepted and presented at Pacific Graph...